If you were to write up a genealogy of your family, you would follow certain rules or conventions. You are of your own times. When the author of Genesis wrote genealogies in those seven chapters, he followed certain conventions. He was of his own times. Part 5 of 5 in a series on Gen. 1-11.

Let’s get right to the basic data; then we will interpret them.

In each table, notes or comments are inserted at the bottom. 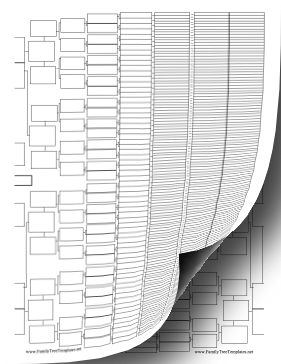 Modern generation family chart. You use it to follow modern conventions and format. The author of genealogies in Gen. 5-11 followed the format and conventions of the ancient Near East.

Table One: Ten is Key to Family Histories in Genesis

They are not found in the Bible, but one or two parallels (specifically the number of generations) with the biblical genealogies are clear.

Parallelophobia = an excessive fear that if the poetry, stories, genealogies, concepts, and histories in the Old Testament look like those of the Ancient Near East, then these parallels detract from the reliability and inspiration of Scripture.

Reply: But even the New Testament authors were inspired to quote from pagans:  Acts 17:28;  1 Cor. 15:33; and Titus 1:12. So there is nothing to fear from parallels in the Old Testament with the ancient Near East.

Further, it must be noted that the Old Testament authors went in different directions from their pagan neighbors, like proclaiming monotheism and man’s humanness, not his demigod status. But some things they did borrow, if not directly, then from the “cultural air.”

Not shown: Genealogies of the western Semitic tribes (Amorites), which scholars say also have a penchant for generations of tens. They have not been translated yet, or I have not been able to find them.

HOW TO INTERPRET BIBLICAL GENEALOGIES

This section references scholars who discuss the best way to interpret those tables.

1. Abraham Malamat says that the repetition of ten generations in more areas than Sumer, like Western Semitic tribes, means harmonization (skipping or compressing) generations in Genesis:

The ante- and postdiluvian lines (i.e. Adam and of Shem, respectively), symmetrically arranged to a ten-generation depth, are undoubtedly the product of intentional harmonization and in imitation of the concrete genealogical model (Malamat 165).

In other words, the author of the genealogies in Gen. 5-11 was a man of his own times and his genealogies are stylistic and not to be taken ultraliterally.

2. Robert Wilson states the main purpose of Old Testament genealogies: “These genealogies are not attempts to write history, but are simply reflections of social conditions at the time they were composed” (The Old Testament 201)

3. But then Wilson says that some of the later “OT genealogies are potentially valuable historiographical sources” (ibid. 202). He explains this potential accuracy, in the next point.

4. Finally, Wilson insightfully adds that asking which (later) genealogy is historically accurate would be a mistake. “All of them are accurate when their differing functions are taken into consideration” (ibid. 215). By “functions” he means their purpose or role in the domestic sphere (kinship and relationships), political-jural (support monarchies), and religious (priests). He does not necessarily mean numerical or mathematical accuracy.

6. Victor Hamilton, a conservative scholar, says that the genealogies in Genesis stem from Western Semitic tribes and their penchant for ten generations. One must not add up the numbers to find the age of humanity.

This is not to say that Gen. 5 was produced in the midst of a literary vacuum. A. Malamat has shown that these early genealogies in Genesis stem from archetypes among Western Semitic tribes from the Old Babylonian period where the ten generation list is frequent. Apply this observation to Gen. 5 leads us to believe that the names of Gen 5 need not be understood sequentially. Thus the figures cannot be added up to arrive at the age of mankind. Instead, what we have here are symmetrical genealogies: Ten generations before the Flood (Gen. 5) and ten generations after the Flood (Gen. 11). So when Gen 5 says that “X fathered Y” it may mean that X fathered the line culminating in Y. (254)

7. K. A. Kitchen agrees with Prof. Hamilton. First Kitchen sets up his main point about Genesis by referring to Matthew’s genealogy of Jesus:

Thus within Genesis “sons” can include grandsons and great-grandson, and is not always literal sons. In the early Roman period the Jewish-Greek Gospel of Matthews used both of the conventions observed so far: (i) a limited, representative number of generations (for him 14 + 14 + 14) and (ii) telescoped sonship to cover son, grandson, great-grandson, and great-great-grandson (Matt. 1:1-17). His “Jehoram fathered Uzziah” (1:18) is shorthand for Jehoram fathered (Ahaziah [2 Kings 8:25], who fathered Joash (11:2), who fathered Amaziah [14:1] who fathered [14:21]) Uzziah. Such an author would have known his Hebrew Bible perfectly well, as would his Jewish contemporaries; but this abregé [abridgement] suited his needs. (440)

Then Kitchen explains how to not over-read the genealogies in Gen. 4, 5, 11, that is, not ultraliterally:

Returning to Gen. 1-11, we see the narratives in some cases presupposing immediate fatherhood. See, for example, the wording of Adam-Seth in Gen. 4:25-26. But in most cases, one may in principle as easily read the recurrent formulae “A fathered B, and after fathering B lived x years” as “A fathered (the line culminating in) B, and after fathering (the line culminating in) B, lived x years. (441)

Thus we can neither date the flood before Abraham nor the creation before Noah merely by counting the Genesis figures continuously as did the worthy Archbishop Ussher in the carefree days when no evidence from outside the Bible was even imagined, still less thought about or seen. And in the context of that external data, any such literalism fails. (441, emphasis added)

More from Kitchen about how we must apply the rules of antiquity and not modern ultraliteralism:

If Abraham be set at roughly 2000 B.C., then on those figures the flood would have come in about 2300. But that is about the time of Sargon of Akkad; having been rescued from river at birth, he would not have been amused by a flood. Worse, his time looked back up to 400 years back to Gilgamesh (ca. 2700), for whom in turn in traditions the flood was even more ancient still! So an Ussherite solution is ruled out; the methods of antiquity apply. The date of the flood remains fluid, one might say! As for the date of creation, why waste time number-crunching when Gen. 1:1 says it all: “In the beginning …” –which is soon enough. (441)

The question is whether it is a better explanation to interpret the numbers as having some symbolic or rhetorical significance to the original audience (even if we don’t know what that is), or that they were just a straightforward listing of numbers the way we would use them today. Knowing what we do about the culture, and in the absence of any persuasive reasons for thinking that the ages of these men were so radically different than they are today, it seems that a symbolic or rhetorical interpretation is a legitimate option and maybe even a preferable one.

Geologist Carol A. Hill published an article for a Christian-and-science website called the American Scientific Affiliation. Her article is titled, “Making Sense of the Numbers in Genesis.” She concludes after a brilliant study:

The important question to ask is: Is Genesis, and the record of the patriarchs from Adam to Abraham, to be considered mythological or historical? Ironically, by interpreting the numbers of Genesis “literally” Christians have created a mythological world that does not fit with the historical or scientific record. Or as Hyers aptly put it: “unwittingly, ‘literal’ or ‘concordist’ [harmonizing the Bible and modern science] views are secular rather than sacred interpretations of the text.” The “literal” (or numerical) view is secular while the “symbolic” (or numerological) view is sacred because that is how the original biblical author(s) intended for it to be. To faithfully interpret Genesis is to be faithful to what it really means as it was written, not to what people living in a later age assume or desire it to be. It is also ironic that the mythological world created by many well-intentioned and serious “literal” Christians, based partly on the numbers in Genesis, has caused millions of people to reject the Bible and the truths contained therein.

Please click on her linked article and read the whole thing. She got help from mathematicians and it is brilliant.

Other Significant Tens in the Bible

Since the number ten is one key to understanding genealogies in the primordial beginnings, and the entire book of Genesis, here are just some of other significant tens throughout Scripture.

There are too many examples of seven to list here—the most numerous digit of all.

1.. Genesis 1-11 in Its Ancient Religious Environment

4. Save Our Ship! Rescuing Noah’s Ark from Flood of Science

5. The Real Significance of Genealogies in Genesis 5-11

Is Our Sin Nature Embedded in Our Mammal Nature?

Interpreting the Bible and Accommodation

Augustine Says No to Silly Interpretations of Genesis

Christiansen, Duane L. “The Mysterious Numbers of the Age of the Patriarchs.” No journal, no date.

—. “The Antediluvian Kings: The University of California Tablet.” Journal of Cuneiform Studies (The American Schools of Oriental Research) vol. 17 no. 2 (1963) 39-51.

Hess, Richard S. and David Toshio Tsumura, eds. “I Studied Inscriptions from Before the Flood”: Ancient Near Eastern, Literary, and Linguistic Approaches to Genesis 1-11. (Eisenbrauns, 1994).

Malamat, Abraham. “The King Lists of Old Babylonian Period and Biblical Genealogies.” Journal of the American Oriental Society vol. 88 no. 1 (1968) 163-73 (reprinted in Hess and Tsumura).

Rendsburg, Gary A. “The Internal Consistency and Historical Reliability of the Biblical Genealogies.” Vetus Testamentum vol. 40 no. 2 (1990) 185-206. (He discusses genealogies of Exodus and Joshua, not Genesis.)

Simmons, J. “The ‘Table of Nations’ (Genesis 10): Its General Structure and Meaning.” In Hess and Tsumura.

Tsumura, David Toshio. “Genesis and Ancient Near Eastern Stories of Creation and Flood: An Introduction.” In Hess and Tsumura.