Don’t try this at home or elsewhere! 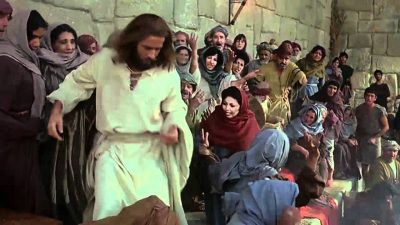 First let’s set the proper context. The following biblical language should not be used in these contexts, but not limited to these five: (1) your family, (2) your workplace, (3)  your interaction with service workers, like clerks, (4) the public square where people are powerless, (5) your church.

So which context is appropriate? Jesus did not use this language towards the little people, but the ones who dominated Judaism in Jerusalem, and whose power was the highest in the land.

Get ready. Here are the verses:

You brood of vipers, how can you who are evil say anything good? For the mouth speaks what the heart is full of. (Matt. 12:34)

12 Jesus entered the temple courts and drove out all who were buying and selling there. He overturned the tables of the money changers and the benches of those selling doves. 13 “It is written,” he said to them, “‘My house will be called a house of prayer,’[e] but you are making it ‘a den of robbers.’” (Matt. 21:12-13)

He replied, “Go tell that fox, ‘I will keep on driving out demons and healing people today and tomorrow, and on the third day I will reach my goal.’ (Luke 13:32)

The latter verse was about Herod, who wanted to kill Jesus. And “fox” was not a compliment.

In his public, formal denunciations, he narrowed down the too-broad category “people” to the more specific “powerful, domineering leaders who make it difficult for people to come to God.” They were oppressive. The latter group is revealed by the context of those verses.

Now it is no good to reference this passage about a Syro-Phoenician woman, because he was not denouncing her in a formal way, as he was doing against those powerful, domineering leaders in the above passages. This is private conversation, not a formal public pronouncement. Here are the verses:

27 “First let the children eat all they want,” he told her, “for it is not right to take the children’s bread and toss it to the dogs.”

28 “Lord,” she replied, “even the dogs under the table eat the children’s crumbs.”

29 Then he told her, “For such a reply, you may go; the demon has left your daughter.”

What was Jesus doing to this little person? First, he used the common (and harsh) Jewish word for gentile–dog–for a special purpose. Namely, he momentarily denied her request because he could see she was hungry, but how hungry? Enough for her to knock down his low barrier by her wit and riposte? Verse 29 says yes. He did it to elicit her faith, and it worked. He must have seen faith in her that needed to be unleashed. Call the hard term a test of her faith, not a public, formal denunciation of her gentile and lowly status.

As an added bonus, here is Paul speaking about legalists who wanted to impose circumcision on gentiles as the necessary condition for salvation:

Watch out for those dogs, those evildoers, those mutilators of the flesh. (Philippians 3:2)

In each of those cases (except the Syro-Phoenician woman) Jesus (and Paul) spoke his strong words to the power structure–he spoke truth to power.

How does this post help me grow in Christ?

Don’t overplay your hand and imitate Christ in this way, out of context. You may need to use harsh or strong language to stop a bully or a clear injustice, like racism happening right in front of you.

However, no one should talk like that in any other context, as outlined above. Most people don’t need to be yelled at for being human.

But the powerful gatekeepers sometimes need to be called out.